New France, 1661. A young French bride disappears into the forest. Has she run off to be with her lover, or is there something more sinister in the woods? While rumours of a supernatural creature spread through the settlement, everyone seems to be hunting for the missing woman, including an Indigenous fur trapper, the local doctor, a newly-arrived French soldier & her jealous husband. But perhaps one of them is the beast that they fear.

Dark Heart is a suspenseful new play that retells the story of New France as a taut historical thriller. Touching on the European myth of the loup-garou (werewolf) and Indigenous legends of shape-shifting, this play challenges the traditional colonial narrative by giving a strong voice to both female and Indigenous characters.

“a taut and thoughtful production… smart and sophisticated work.”

“playful, dramatic and even sexy”

“a terrific play, a vibrant story”

image by Greg EllwandThought For Food  put a feminist spin on Shakespeare’s sexually-fraught script by casting it entirely with powerhouse women from the Toronto theatre scene. This all-female staging of Shakespeare’s provocative comedy transported the story to a Weimar-era cabaret where music, dance and titillation illuminated Measure for Measure’s clash between lust and law.

Imagine finding yourself suddenly under arrest. No warning. No explanation. You have done nothing wrong. Your accusers refuse to tell you your charge. This is the world of THE TRIAL OF JUDITH K.

A gender-swapped reimagining of Franz Kafka’s dystopian novel The Trial, this fast, sexy and surreal dark comedy set in 1980s Vancouver follows Judith, a contemporary businesswoman who finds herself arrested and accused of an unnamed crime. Her nightmare task is to prove herself innocent without ever knowing the charges or the evidence against her. Thought for Food approaches THE TRIAL OF JUDITH K. with an unholy enthusiasm that makes this dark and violent story fun and vibrant, full of absurd characters situations that keep you laughing even when you should be crying.

“laugh-out-loud funny before it hits you with its shockingly dark ending.” Stage Door Reviews

“it’s the kind of play that makes you wonder why society accepts answers more than it asks questions.” Toronto Stage

A workplace comedy that proves just how inefficient “efficiency” can be! THE MEMO is open for business April 23rd to May 10th at Unit 102 Theatre.

When Andrew Gross receives a company memo written in ‘Ptydepe’, a new artificial language adopted by his organization to streamline communications, Andrew sets off on an epic quest to find someone to translate.  A satire about administrative bumbling in business, THE MEMO is a smart comedy for anyone who has ever worked in an office or battled bureaucracy.

THE MEMO is dissident playwright Václav Havel’s masterpiece of absurdism. Banned from theatre under communist rule, he went on to become the last president of Czechoslovakia and first president of the newly democratic Czech Republic. This fresh new Canadian edition is written by Havel’s friend and Governor General’s Award-winning translator, Paul Wilson. Thought For Food’s production explores the shockingly universal and comical parallels between Communist Czechoslovakia and modern-day Canada as one employee searches for dignity, humanity and a hot lunch in a world riddled with arbitrary rules and office politics. The end result is a communist comedy that is weirdly at home in Canada.

Great Reviews for The Memo

“Funny and Mesmerizing”~ Mooney on Theatre

“as freshly funny as it was fifty years ago” 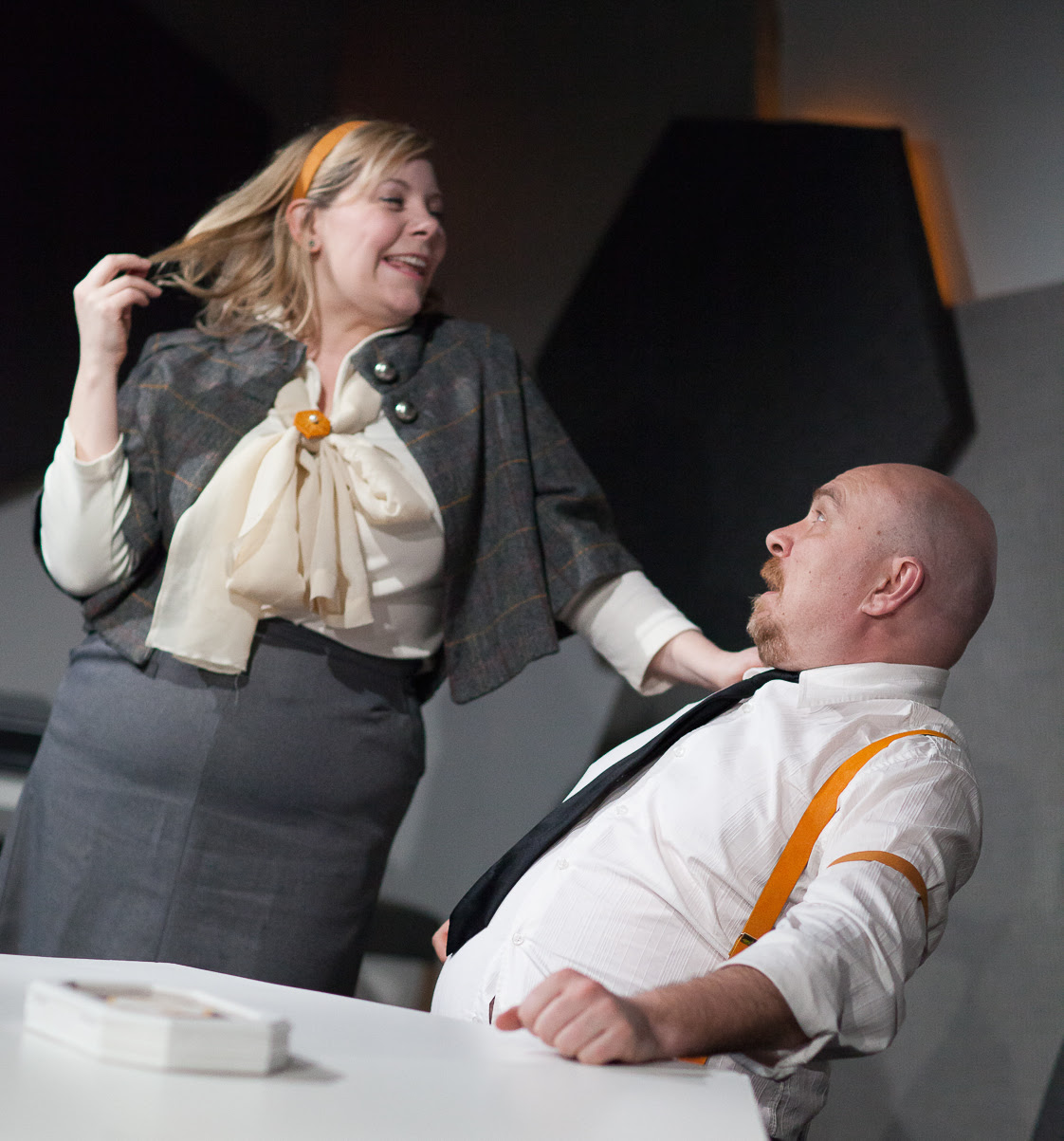 “Cara Pantalone  is hilarious  as an unhinged office functionary”

Don’t wait to get your tickets to the show the Charlebois Post is describing as “sharply entertaining and deeply interesting… A definite must-see!” 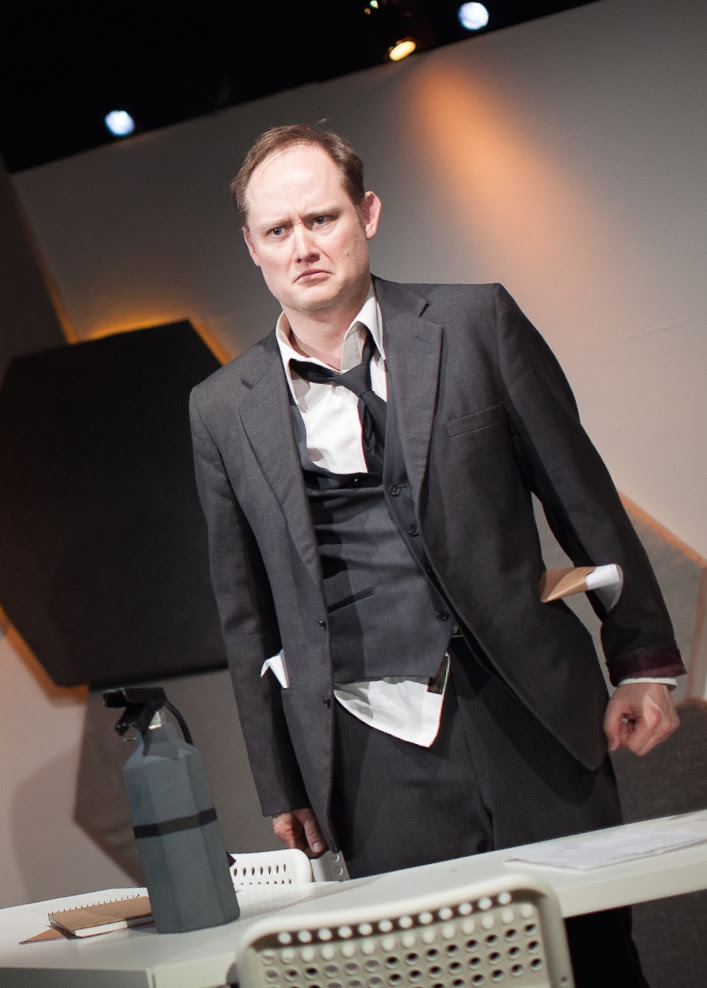 Subtitled “A vicious new version of Little Red Riding Hood” the play is a post-modern cabaret take on the well-known fairy tale. In this “comedy of menace” Little Red is a devilish little girl who starts the play by killing a songbird, her grandmother is a retired butcher who drinks her days away with her favourite blackberry wine and the wolf (Monsieur Woolf, to be precise), is a debonair French philosopher who speaks with the accent of Maurice Chevalier. Throughout, The Reader watches from the side and reads aloud the peculiar stage directions the characters can’t, don’t or just won’t do. This Thought For Food production has a French cabaret flair with live piano and original music.

Presented as part of the 2009 Toronto Fringe Festival.

The Cousins Of Corsica

The Cousins of Corsica is a new Elizabethan comedy.  Written in iambic pentameter and rhyming couplets, the play is part parody and part homage to Shakespeare’s comedies. The play borrows many of Shakespeare’s comedic conventions including an usurped ruler, a woman disguised as a boy and mistaken identities. Written by Jessica Seguin and directed by her non-usurping brother, Tyler Seguin.

Presented as part of the 2007 Toronto Fringe Festival.

A man. A woman. A hotel room. The rest is left to chance.

Are they strangers, lovers or something else? Who they are, what they talk about, how they feel about each other and how they are connected will be determined randomly during each performance by using a coin, a deck of cards and other onstage elements.

The Aleatory Project is a fully-scripted play that changes with every performance.  The number of variations possible within the script is an astronomical number estimated to be 1500 trillion of trillions of trillions.  In other words, no two shows will be the same.  Ever.

Grace and Tom are roommates and struggling performers. As they help each other navigate through humiliating auditions and demeaning social interactions, they discover that the assumptions they make about each other are their biggest mistakes.

Presented as part of the 2004 Toronto Fringe Festival.

(sorry for the lack of images!)